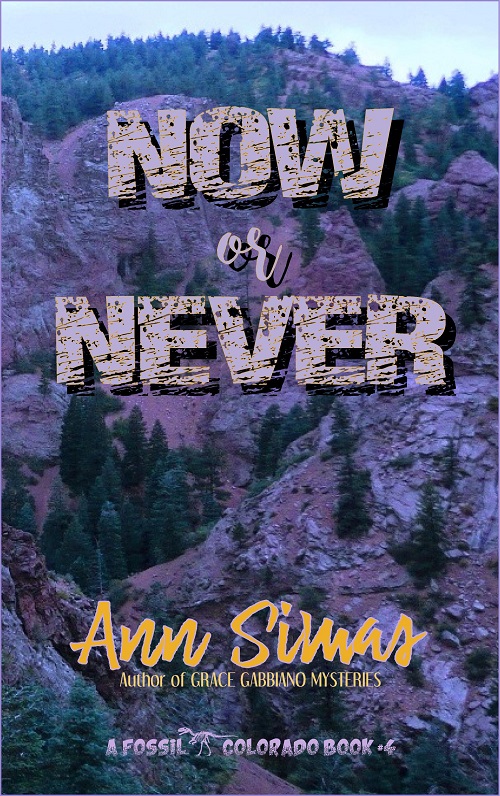 Former Cañon City resident Ann Simas (nee Strunk) announces the release of her latest book, “Now or Never.” This is the final book in her Fossil, Colorado Books. The three previous titles in the series are “Here and Gone,” “Disappearing Act” and “Run or Don't.”

Short blurb: Kit Piper is kidnapped by two men who weren't interested in making sure they had the right victim. When they stop for food and a hooker, she sees her chance to escape and takes it. On the run, she stumbles on a cabin where Simon Ward is vacationing. Kit's anxious to find the men who kidnapped her. She's a cop and that's what cops do, they investigate. Soon enough, she realizes something's not right and Simon, also a cop, agrees. Is it possible they hadn't kidnapped her by mistake?

Simas received her B.A. from Humboldt State University, Arcata, California. She has a writing and graphics design background and is an award-winning newsletter editor. She served for two years on the Romance Writers of America Board of Directors, where she represented members in the Pacific Northwest and chaired the Outreach International Chapter, serving members worldwide. She also co-founded a local RWA chapter and organized local writers' conferences. She is a member of International Thriller Writers, Italian American Writers Association, and Northwest Independent Writers Association.