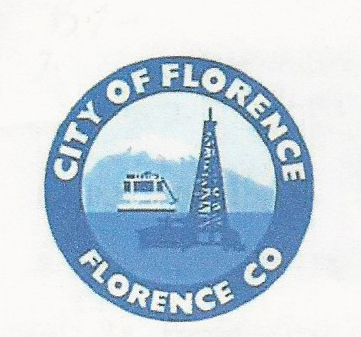 During the May 16 Florence City Council meeting, Finance Director Lori Cobler answered some questions from citizens inquiring about the debt retirement in regards to their water bills every month.

“The water fund pays the water debt payments,” she said. “There were bonding payments, which means the debt retirement that you pay on the water bills pays for these payments. They're budgeted, based on the debt retirement and they're budgeted, based on what the payment is. So each year, they change. Then they change, based on the cost computation, based on what the payment is, how much it was and how many taps or water users were going. That's why the big decrease in 2021 for when we (refinanced) it. Everybody enjoyed the nice lowering of that debt payment.”

“Each year we do that around May. It's called the cost computations,” Cobler said. “We just don't have a council to take it to get it approved to go into effect. That will be done as soon as the council (is seated.)”

When Gibson continued to ask about the bonds and why it has not decreased since 2003, Water Superintendent Brandon Harris said there is a misconception concerning the debt retirement fee on the water bills.

“The term debt retirement gives the illusion that this debt will eventually be retired and we won't have it anymore,” he said. “That is false. Everywhere you go, whether it breaks it down on a water bill or not, there is a system maintenance fee and these system maintenance fees fund the cost of bonds or whatnot for projects. A system can't just build something and then never have to repair it, never have to do maintenance on it so there are these projects that are always going to be ongoing. If Florence explodes and grows and we get a bunch of new customers and we need to build a bigger water plant, that's going to be another project. So fixing reservoirs, new water lines, new pump stations to get the water in the tanks, refurbishing our tanks are all stuff that's going to be ongoing. At some point, there were more loans taken out to help with other projects, (such as) fixing our leaky reservoir.”

When Gibson asked what the other water payment charges were, Harris told her it was for the chemical usage and the salaries for employees.

“This debt retirement, which I think is wrongly labeled on our water bills, will never be retired,” Harris said. “It might go down a little bit, but there's always going to be need for improvements. It's what's called debt retirement on the bill then there's your base charge.”

After talking about this a little longer, Gibson asked about how it started in 2003.

“In 2003, we had two trident water plants, one at the city shops and the one out where the treatment plant is currently,” Interim City Manager Tom Piltingsrud said. “There were older systems and we started failing Colorado Department of Health inspections regarding algal bloom and trihalomethanes. In the summer months, we could not pass their requirements. At the same time, it was felt if we were going to build a new treatment plant to become compliant with the state health safe water treatment standards act rules then that was the time to do it. That's when the entities, somewhat begrudgingly agreed. Coal Creek, Williamsburg and Rockvale begrudgingly agreed it was time to bite the bullet, take on new debt and build a treatment plant that would pass the Department of Health standards because the Colorado Department of Health was buttering things like a $10,000 a day fine if we would continue to be out of compliance with their regulations. Facing that, the entities agreed to go ahead with these projects.”

The engineer told them if they had waited several months longer, the cost would have increased by a third or almost a half because copper and aluminum went crazy, he added.

“By jumping on the board now, we have a state-of-the-art treatment plant,” Piltingsrud said. “We can treat 6 million gallons a day and it's expandable to 9 million with an addition of three filters. I can't condemn the city to how well we did that.”

When asked about the debt retirement changes in 2013, Piltingsrud said he would have to check because he wasn't part of that discussion.

At that point, Mayor Paul Villagrana asked Gibson to call Piltingsrud if she had any other questions then he adjourned the meeting.