Lamborn to USAFA Superintendent: Uphold the Constitution, Let Them Graduate 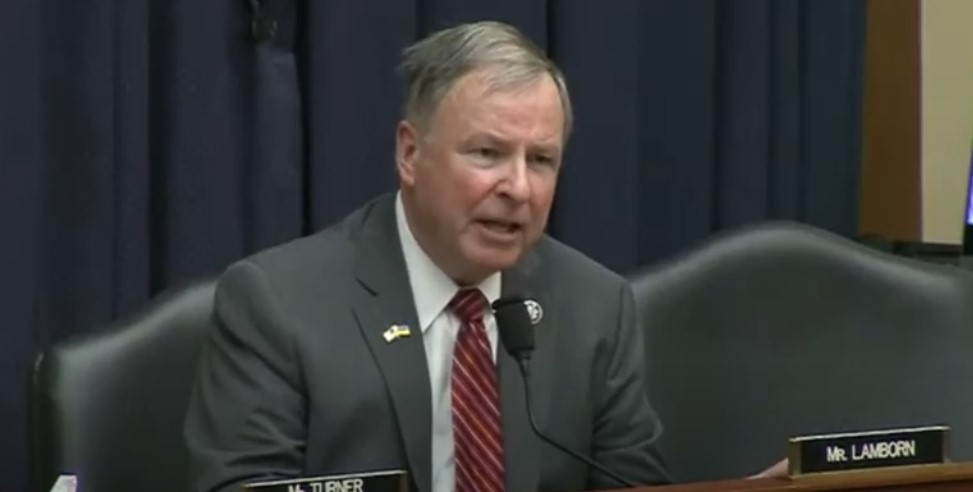 On May 17, Congressman Doug Lamborn sent a letter to Superintendent of the United States Air Force Academy, Lieutenant General Richard Clark, regarding USAFA's handling of Covid-19 vaccine exemption requests submitted by U.S. Air Force Academy cadets. In the letter, Congressman Lamborn addresses his deep concerns that four cadets, scheduled to graduate next week, will have their service unceremoniously ended because of Lieutenant General Richard Clark's refusal to grant them religious exemptions to the Department of Defense's Covid-19 vaccination requirement. Not only does this decision penalize the religious beliefs of these cadets, and violate their First Amendment rights, but it also upholds a requirement that is currently subject to numerous unresolved lawsuits.

“I was extremely disappointed to hear that the United States Air Force Academy is planning to deny these four cadets the opportunity to graduate and serve our nation because of their request to uphold their tightly held religious beliefs,” said Congressman Lamborn. “America was founded on the principles of life, liberty, and the pursuit of happiness, which encompasses protecting the religious rights of the individual. That includes those who put on the uniform and volunteer to serve our nation. It is imperative that our military leaders uphold the constitutional rights of these cadets. This can be done while protecting the well-being and preparedness of our military as a whole. During a time when our military is facing serious recruitment and retention issues, the Department of Defense as a whole should not be discharging these highly trained individuals. I hope that the leadership at USAFA reconsiders this unconstitutional mandate and allows for reasonable accommodations to be provided to these cadets.”

In the letter, Congressman Lamborn stated, “These brave cadets who have been placed in your charge are being presented with an impossible choice: get vaccinated in violation of their religious beliefs, elect to voluntarily resign even though they aspire to service or face legal action for disobeying a lawful order from a military that does not value their commitment. Not only will they not commission into the United States military, but they will not graduate despite meeting all requirements they agreed to when they entered the U.S. Air Force Academy four years ago. Furthermore, they may even be forced to pay back the value of an education for which they will not even receive a degree, placing an unexpected financial burden as much as $200,000 or more on each cadet.”

In the letter, Congressman Lamborn requests the following information:

-Please provide a copy of all written materials, policies, guidelines, directives, notices and any other materials that explains the academy's current Covid-19 vaccine policy and the manner in which an individual is able to seek an exemption from the mandate.

-Please provide a copy of all written materials, guidelines, directives, notices, and communications related to Covid-19 vaccinations received by the academy from the White House or the Department of Defense.

-Please provide the total number of cadets that have requested Covid-19 vaccine exemptions to date and a breakdown of how many of those requests have been for medical reasons and how many have been for sincerely held religious beliefs.

-Please provide the number of Covid-19 vaccine exemptions have you granted to cadets.

-Please provide the total number of unvaccinated cadets that are currently enrolled in the academy (and any other program or institution under your supervision). -What is your rationale for applying such strict penalties on cadets, while your counterparts at West Point and the U.S. Naval Academy have elected to allow their seniors to graduate while their exemption cases are pending?

-Will the four cadets in question receive degrees for the coursework they have completed at the U.S. Air Force Academy?

-Are the cadets able to appeal your decision, or do they need to resort to legal recourse in order to have their degrees and military status reinstated?

In anticipation of an extended conversation with other members of Congress and a large contingent of military and veteran's advocates in Colorado's 5th district, Congressman Lamborn demanded that a response be provided no later than May 30.