Since the dawn of time, mankind has needed to know how far away something or someone was from them. Whether it was approaching weather systems, distant mountain ranges or Saber tooth Tigers approaching in the distance. Being able to know how much time one has to react to something, or how long it will take them to travel somewhere has been critically important to our very survival. 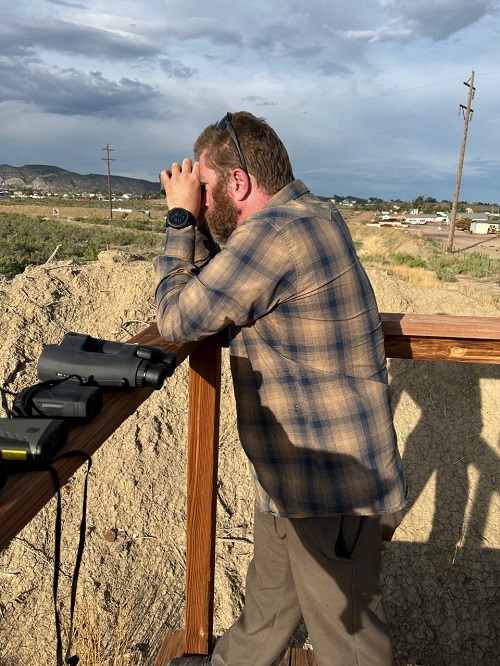 Once upon a time, I recall being a young marksman in an unknown distance shooting competition that I was running away with. That is until the final stage where I made an error in my distance calculation and went 0 for 5 on the last set of long-distance targets due to my miscalculation. I had guessed the final 5 to be at 950 yards and they were actually at 1,035 yards. Shooting a .308 with that kind of miscalculation on your distance to target will get you a miss every single time, lol!

Well, needless to say I got way better at range estimation over the years to where I was pretty much always within about 25 yards after I learned the secret of how to estimate ranges. I learned that certain things have pretty much the same height and or length to them and by learning a few of them, it became way easier and way more accurate to judge these unknown distances. For example, when looking at a deer broadside, the length of their torso is roughly 24 inches. For an elk, that distance is approximately 36 inches. A car windshield straight on is also about 36 inches in width. The normal height of a man is around 6 ft. tall. The average height of a man's head is around 1 ft. Through learning a few of these and looking at them at varying distances, it became way easier to judge unknown distances by looking at a known object in view. 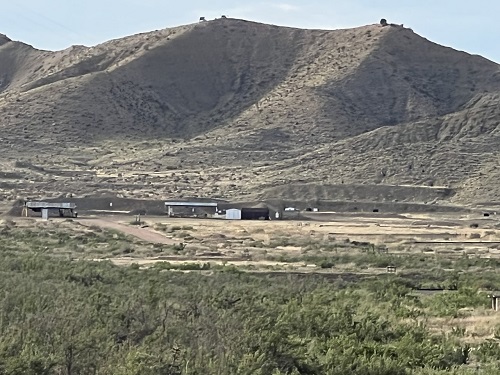 No visible animals or people to judge distance by? How about using a stop sign? They are pretty much everywhere these days, lol. That measurement is 30 inches across. Practice looking at your target indicators at varying known distances so you learn how they look at different distances when you need to judge how far you are away from something. The military has used a similar approach in the use of early range finding reticles like the Mil-Dot. There were and are, two primary types, the Army Mil Dot which is round and the USMC Mil-Dot which is oval in size. They worked reasonably well for range estimation and I still own a couple USMC Mil-Dot scopes. The downside to the military Mil-Dot for range finding was that they only worked correctly on the highest magnification of the scope, usually 10x back in the day. 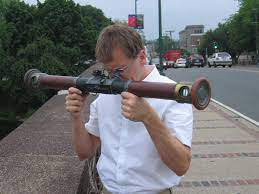 Coincidence artillery range finders like the Zeiss one in this picture were a little awkward to use and slow to range, but reasonably accurate to unheard of distances like 25,000 meters and beyond! Barr and Stroud developed the very first one of these units back in the 1880s and they were used extensively in WW1 and WW2. Coincidence rangefinders were important elements of fire control systems for long-range naval guns and land-based coastal artillery circa 1890-1960. They were also used in rangefinder cameras but to a lesser degree. I have a Wild unit and it is an amazing piece of equipment and works exceedingly well out to a distance of 30,000 meters which is more than 18 miles! Of course, mine weighs like 45 lbs. and has a huge, very heavy wooden tripod that you have to set up in order to use it properly. It is also pretty slow to use and range with and you can absolutely forget using it on a moving target, lol!

Over the past decade or so, there have been great improvements in rifle scopes with first focal plane reticles that allow distance estimation by using the same concept of known measurements to help shooters figure out distance to target. Many PRS and other competitive rifle shooters use first plane reticle scopes to quickly range without having to break position.

I prefer scopes like the Leupold Mark 5HD series with first focal plane reticles in MOA. They also make them in MILS, as well and both systems work very well for ranging with. It comes down to your preference of measurement units as both work equally well.

Laser rangefinders come in two flavors; those in the 905 nanometer bandwidth and those in the 1550 nanometer bandwidth. Pretty much all civilian laser rangefinders operate in the 905 nanometer bandwidth and offerings from Leica, Sig, Vortex, Nikon, Leupold and various other manufactures have made good units for the consumer market. They have refined the breed and made them better and better, especially over the past decade. As with everything electronic, the price of laser rangefinders has come way down as features and innovations have gone way up. Of course, pretty much everything is made in China these days, which I am not happy about, but there are numerous high-quality units for you to purchase that work very well. Most of these are low magnification and tiny field of view monoculars along the line of 7x25mm. Safron Vectronix also makes a very good 905 nanometer unit called the Terrapin X which is pricey, but very good and transmits data via Bluetooth. 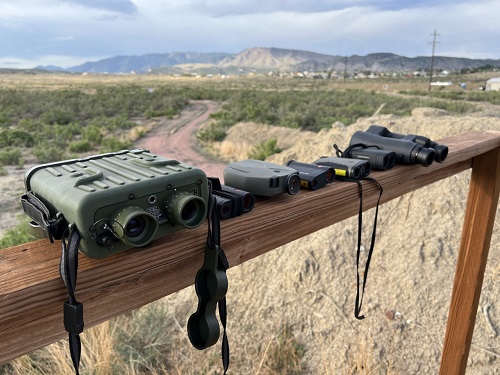 Military grade laser rangefinders operate in the 1550 nanometer bandwidth and are drastically more expensive and harder to find. They are also wayyy more powerful than 905 nanometer bandwidth lasers are and allow you to laser range find objects at unbelievable distances. You can buy military surplus rangefinders on the civilian market and at least a couple manufacturers will sell them directly to you, but they will be in the $10,000 plus range to acquire. Safron Vectronix makes numerous models that are very good and also very expensive. One of their early 1550 nm rangefinders, the PLRF 15 is currently on sale on ebay for $3,800, which is actually a pretty good price. It doesn't have ABS; however, which stands for Applied Ballistic Software for transmitting firing solutions over Bluetooth, but still a great unit as it ranges to more than 6,000 yards!

The other huge benefit to purchasing a 1550 nanometer bandwidth laser rangefinder is it is invisible to night vision devices; meaning you won't leave a visible signature using it. This could become a major deal at some point in the not too distant future if your enemies have night vision devices. I have one of the best 1550 nanometer range finding binoculars ever made, the Zeiss Halem 2S. They are circa 1990s, but nothing better has ever been made as of yet. This set of mine has been factory refurbished and they range to 40 kilometers or almost 25 miles! No doubt every time I push the range button something flying gets incinerated and falls out of the sky, but it is very cool being able to range things that are almost over the horizon.

The very first laser rangefinder in the marketplace for civilian use was the Leica Geovid 7x42 binoculars in 1992. I always wanted one of them but WOW were they expensive! Like $4,000 way back in 1992. As I recall they would work out to around 1,000 yards about half of the time. Nothing by today's standards, but back then it was unheard of technology. It is kind of funny that at one point in time, a yard of distance would cost you about $5 for each yard of performance you wanted or needed to purchase. These days you get about 5 yards of distance for every dollar. In next week's article, I will discuss the pros and cons of both monoculars and binoculars and I will go over your best choices to purchase.