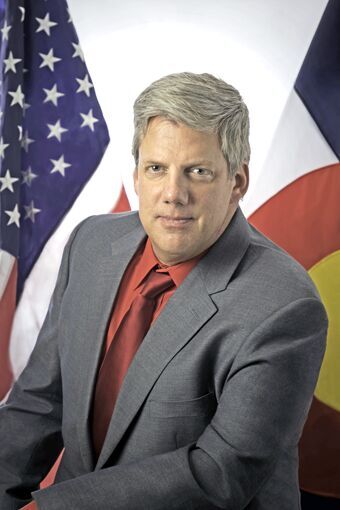 Four other conservative legislators from the Colorado House joined me last week on a letter to the Colorado Secretary of State, requesting she provide a current and complete schedule of upgrades to election system software, including the Dominion 5.13 update. My thanks to Representatives Williams, Neville, Sandridge and Ransom for their support, as the citizens' cries for transparency in Colorado's elections grow ever louder.

Some polling indicates more than 50 percent of the American public now believe there were significant anomalies with the 2020 election - in spite of the fake media blackout of information that runs contrary to their pro-socialist narrative.

Sadly, there are many Republican politicians who agree with the entirety of Democrat politicos who are content with the results in 2020, so they have no interest in looking at the results. They are perfectly satisfied that government audits itself, declares itself “the Gold Standard,” then tells the public to disperse and forget about it. After seeing the legitimacy of the Arizona Audit and seeing the groundswell of citizens interested in truth and fairness, I expect those Rs and Ds are going to find themselves on a rapidly eroding and isolated island.

Colorado has given away the final $1million to the lucky winner of the Covid Injection Lottery. All they had to do to enter was be penetrated with an under-tested proto-vaccine, complete with RNA technology for first-time use in humans. There is something grotesque and unseemly about Colorado's governor running a lottery like this. It has a “Hunger Games” feel to it, and one might expect him to generously offer, “May the odds be ever in your favor.” Government is mandating something many people don't seem to want, so the answer is: a lottery! And soon, they will come to your door to check on your compliance with their demands. A constituent noted the government has never cared about him this much before, so there is probably something wrong with what they're selling or pushing like street dealers.

The abject failure that is Joe Biden has always been pitiful, but has become full-on damaging and dangerous. Last week, he initiated another attack on the energy sector, while standing by a sign that had the Animal Farm-inspired bleat, “Build Back Better.” That's rich. Gasoline has gone up more than 40 percent since 20Jan2021, which hurts everyone - the middle class and working poor the most. And there are shortages at gas stations due to a lack of truck drivers. It is starting to look like Venezuela-style problems. Ah, the glories of socialism and government control. And the glory of 180,000 illegal immigrants entering the U.S. every month - many without health clearances. And the astounding logic of restarting a foolish, unenforceable nuclear deal with an extremist government that has already started exporting terrorism to regions that HAD been peaceful only a short time ago. Joe Biden is making Jimmy Carter look like George Patton.

Returning to “Build Back Better:” If alliteration is the key to their public policy priorities and pronouncements, maybe we'd do well to counter their ignorant, insolent inanities: Democrat Dystopia Doubles Down on Dumb Diatribe.

Ron Hanks is the current Representative for House District 60, comprising all of Custer, Chaffee, and Park Counties, and a majority portion of Fremont County.