The Bell is Ringing! 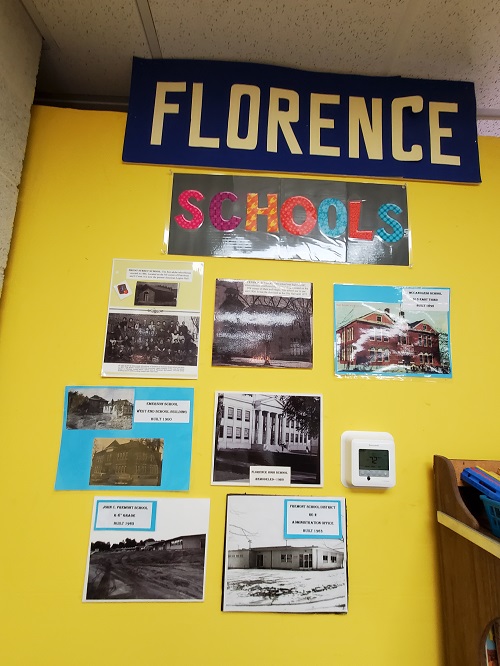 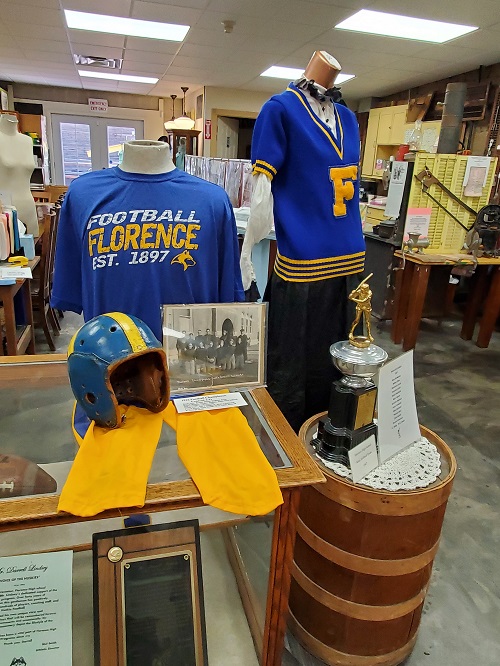 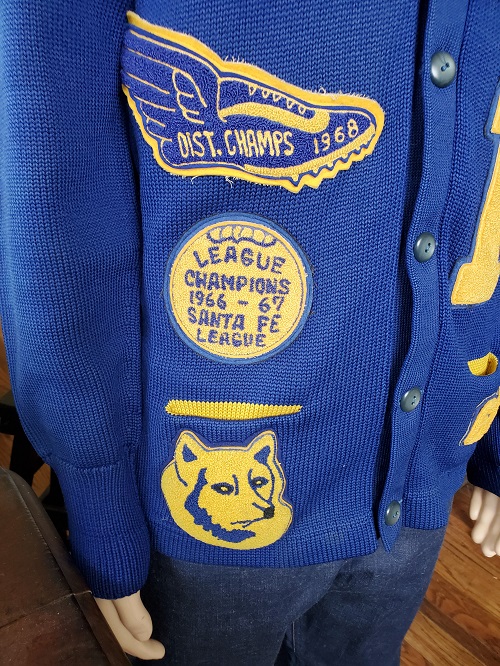 For the month of August, as citizens celebrate Florence's 150 years, Florence Pioneer Museum and Research Center at 100 E. Front St. in Florence is highlighting education in Eastern Fremont County. The greeter at the museum this month is Ernie Castellano, a Florence High School graduate in 1968. Ernie was part of the 1968 winning Track team from FHS, as were Randy Lawson (Sr.), Daryl Torri, Cecil Slattery, Henry Solano, Ron Gifford, Rick Knisley, Lonnie Lasha and many others. Larry Schmidt's letterman's sweater is in a display at the Florence Post Office honoring the Track team of 1968 among other memorabilia.

The ringing of the bell is how many students knew it was time to go into the classroom for the school day. The Florence Pioneer Museum and Research Center invite the public to relive some of those "good 'ol days" from school on Saturday, Aug. 20 at an open house free to the public. The Museum will be open by donation that day from 10 a.m. to 4 p.m. (almost school hours!) As visitors stroll along memory lane about school, the museum will have a "Cold Lunch Snack" waiting for participants among the displays: small PBJ or bologna sandwiches, cut up apples, chips and a cookie (or two!) Some of the displays will be pictures of the different schools in the Florence area and memorabilia from the archives to check out. Recently the Museum has been given yearbooks from Fremont Middle School and Penrose School.

And speaking of yearbooks, the Museum needs a few to complete its collection. The staff would like to have:

Join the Museum on Aug. 20 and look up some of those old pictures from the past--did students really wear their hair like that? www.florencepioneermuseum.org