Thoughts of HIM, and Adventures from a Cowboy Pastor, Guide and Outfitter 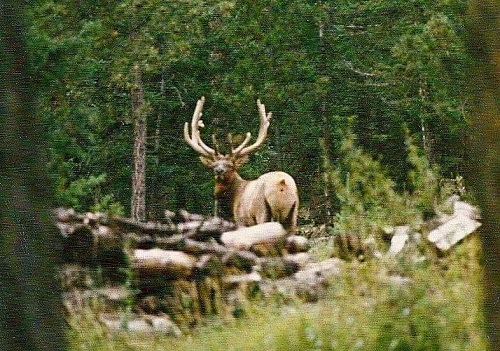 The mystery of antler growth from May through the summer into September … blood, tissue and life coming from two circles inhaped areas on the skull, “pedicels” of a hoofed creature, scientifically, an ungulate, it's a section of a skull where the antler connects to the skull.

Come September, when a hint of fall is in the air, blood flow and oxygen to the antler slows and completely. The inner part of the antler starts to harden, the soft visible exterior velvet starts to come loose. The buck/bull starts looking for trees, bushes, saplings, fence posts, something that will assist in the removal of the velvet. This rubbing off of the velvet may take less than 24 hours and the antlers are rubbed clean.

Next the polishing of the antlers preparing for the battles for breeding rights in November and into December, “the rut,” the 'rubs' or marking of trees are for territorial domination and the individual identification through scent to other members of his species. What appears to be arrogance and pride in their headgear can be observed on the more mature bucks. Antlers and these 'rubs' no doubt assist hunters in distinguishing bucks/bulls. Typically, the more aged of the species have antlers that are larger and give hunters and others great pleasure in view.

Buck/bull antlers are honeycombed bone tissue. When the rut is ending, the buck's testosterone goes way down and that life giving flow which makes the antler and holds it to his skull starts to break down the tissue. It takes a few weeks, if not months, for the tissue to break up and then the antlers “shed” from the pedical. The bucks/bulls take on a noticeable different demeanor after the antlers shed, submissive and docile. The pedical spots on the skull are hard to spot with binoculars or spotting scopes. They appear red and tender. 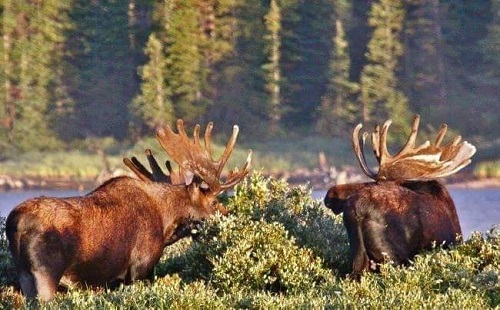 The antler is cast off, “shed” and falls to the ground during the winter months and into early spring depending on what area of the country they live. Typically, the further north the animal resides, the sooner the antlers shed. And year after year, this cycle of live continues. 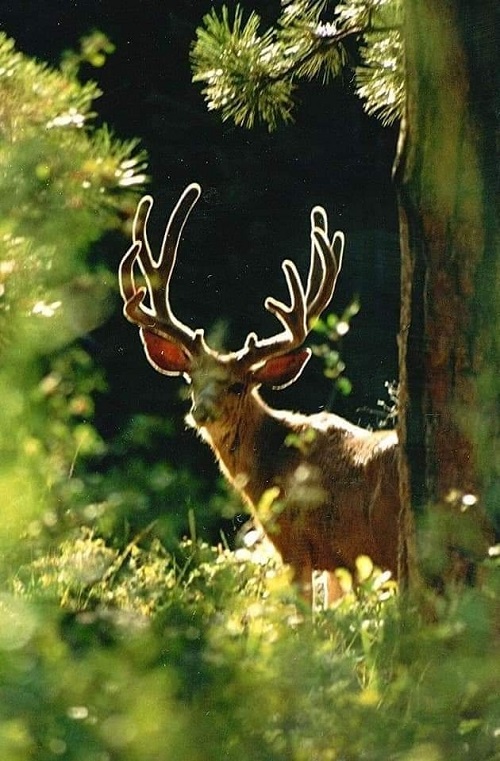 When one studies the wonder of it all, one can only come to the conclusion that this creation and all of creation had to be created in the mind of a higher power. My Holy Bible tells me in the first few pages who brought all of this to be… Almighty Jehovah, the One and Only True God. May our stewardship of this renewable resource be such that it honors, respects and pays reverence to HIM. Have a great day.