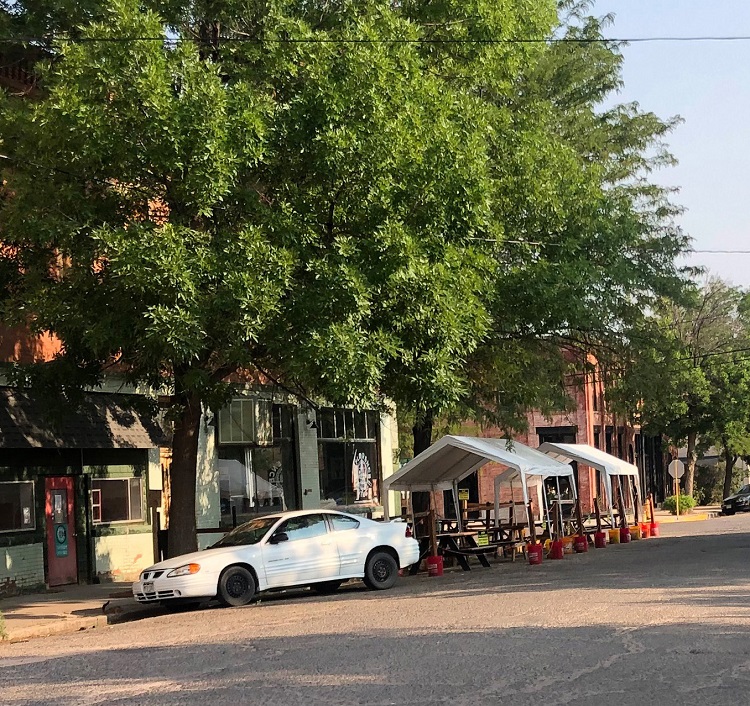 “My understanding this was a temporary approval,” said Interim City Manager Sean Garrett. “It's turned into long term to see where we're at.”

When questioned, Florence Brewing Company owner Hans Prahl said he had received a modification of premises.

“I was on the council when we agree to this,” said Councilman Anthony Martinez. “I understand basically what we were trying to do was to help you because of Covid and not having enough room. What if Louie's wanted to do the same down the street and block off the other side?”

“You gave us an engineered picture of what you envisioned this being,” he told Prahls. “It's absolutely nothing like it is. There's been a lot of people complaining about parking areas in that block. They need their parking areas back. The food trucks show up there and keep their trailers attached to their vehicles and take up certain parking areas. They park on a yellow curb, which I think it's yellow for a reason. But it's ignored. The stop signs are moved out to the outside. It's very difficult for the community.”

Prahl told him the city moved the stop signs.

“We didn't authorize the food trucks either,” Knisley retorted.

“We followed all the appropriate procedures with the city 100 percent on the food truck issue,” he said. “When we initially submitted the modification of premises, it was from June 2019 to October 2019 before Covid. After that, we had it open for about a month then the previous city manager came out and said there were complaints and asked us to do the city a favor and move it back to just the sidewalk, which we did. That was before the October 2019 deadline. Then Covid happened and then in May 2020, there was a discussion between myself, the former city manager and the city planner at that time on how we go ahead and use the ordinance that was put out by the governor and by the state to recapture that outdoor seating because they weren't allowing a lot of indoor seating.”

So the previous city manager and previous city planner said they would bring it to city council then it would be approved, Prahl said.

“The last thing I heard from the city was May 2020 that we were in compliance,” he said. “Since then, nobody's come to us officially and told us we're out of compliance. Based (on this) we realize we are out of compliance and I've been here five and a half years. I've always been 100 percent transparent. We've been 100 percent trying to do the right thing. We never ever wanted to do the wrong thing. We were just basically doing what we were told from city government.”

He said he was not blaming anybody, but he would move everything the next day.

“It is our intent to get on the agenda back Nov. 1 and we're going to request permanent modification to put back out to retake those three parking spaces,” Prahl said.

When Knisley asked him if he remembered the picture he gave the council, Prahl acknowledged he did.

At that point, Mayor Dick Upton said Prahl agreed to move the tables out of the three parking spots the next day. However after discussing it for a few more minutes, the council agreed to extend the temporary permit until the end of the month. Prahl said he would be back Nov. 1 to ask for a permanent permit to keep his outdoors seating in the three parking spaces.