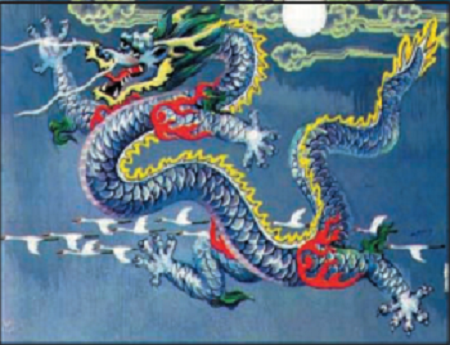 Sadly, my natural pessimism has been justified. If you have been reading the last few segments of this series that I have been trying to get done, you know that I have been working ahead, weeks in advance of deadlines, to get it finished. I started doing that in early October, and by Oct. 23, I had submitted the piece due in on Nov. 5.

And then early the next day, I got a phone call that changed everything and caused me to tell the paper and my online friends that I was 10-7 (out of service). The husband of my oldest daughter (from my first marriage) died of a sudden heart attack, and I had to go out to the West Coast, take care of her, help her make arrangements as needed, and move her home to Colorado. So for the last couple of weeks, I was out of contact with much of the world and exactly how things are going downhill. And most importantly for us, how we may survive it with the least loss possible.

So if you are reading this, I am back. Not operating at anything near my (sometimes less than impressive) normal level of efficiency. But I am back. Things are still somewhat stressful, and I probably will not be working ahead like I was before, but I will be trying.

In the last segment, I was trying to explain how that China was a) now vital to our own economic survival and b) how they were on a downhill track that was going to make any simple “return to normal” impossible for both of us. Now let us toss in another factor.

I mentioned earlier that Deng Xiaoping had done good things for China's economy. He did, albeit at our expense. He also supported and made part of Chinese governance one of the worst things to happen to China and its people since the Mongols figured out that instead of riding up and down outside of the Great Wall, it was far more effective to bribe the gate garrisons to open up. It was (and from the Chinese point of view it's good that it is “was” as of 2015 when it ended) the “One Child Policy.”

While there is no doubt that China's population was growing before that policy at a rate that would have destroyed China; like all policies made by an unaccountable authoritarian government (whether based in Moscow, Beijing or Pyongyang-on-the-Potomac) those who made it assumed that nothing but what they planned would or could happen. In this specific case, the Chinese leadership, totally secular and Marxist-based believed that the Chinese people had all forgotten thousands of years of Chinese culture.

What the “One Child Policy” was involved the mandate by government that every family (man and wife) would only be allowed one child total. Not encouraged to only have one child. ALLOWED. As in the government would forcibly abort any further children. And note that part of the policy where the family was based on a man and a wife. That means that any illegitimate children would also be aborted, forcibly and in the cases of both married and unmarried parents, they would be severely punished by the State for their defiance of the State. If that happens to remind you of any domestic political party's ideology, make of it what you will.

The “One Child Policy” went counter to everything that being Chinese meant for literally thousands of years. While all peoples prioritize the next and later generations (otherwise there will not be any next or later generations) the Chinese culture centers largely around having sons to carry on the family name and to create their own families to maintain veneration of the ancestors. This is no trivial thing. In Chinese homes, there are pictures and lists of ancestors where pictures are not available. You do not turn a cultural imperative like that on and off like with a light switch.

An all-powerful State (however called, Socialist, Communist or Democrat) that controls access to food, housing, jobs, education, and medical care CAN kill off what they consider to be excess children. Part of the innate nature of such a State, no matter how called, is that it does not acknowledge any morals/consequences above its own power and wishes; nor even considers the wishes and needs of the masses of people under their control in their calculations. That is the primary difference in governance by totalitarians and what our country until recently was. What we consider to be freedom in the Western world is only really a short-lived phenomenon, a few centuries old compared to arguably the hundreds of thousands of years our species has existed. If we fail to defend it and lose it, it may be hundreds of thousands of years more till people have another chance. Sadly, my ethnic ancestors were and are really, really good at totalitarian rule, corruption and domestic mass murder. Check the history books. That last factor is one of the reasons Chinese culture emphasizes sons surviving to continue the family line.

The Chinese government could (and did) dictate how many children could be born. In China, where abortion and forced sterilization are a routine government funded medical treatments, they could not dictate the gender of the children born. Simple testing allows the gender of a child to be determined long before birth. The culture that makes the Chinese people Chinese meant that overwhelmingly the peoples' priority was to have the single child allowed to survive be male and females were aborted. And that is how things trended for 36 years. In 2015, they started allowing two children for a portion of the population and this year they started allowing three children per family. This was the result of a massive “Ai1ya1 Zao1gao1!” moment when they realized that there were in fact consequences that they had overlooked.

If we take the term “generation” to mean the period from birth to being able to reproduce, we can say that it is maybe 18 years; although it can be argued that technically it can be a little as 13-14 years. But let us say 18 years and therefore we have two generations where the population has been heavily skewed towards males.

There are multiple results. First and foremost, in the critical reproductive peak years (20-40) today there are 30+ million Chinese males who will literally never marry and reproduce because there are no women to marry, and likely they will never “touch something soft.” Aside from the understandable irascibility this will cause, it has other effects. Men try for success based on just a few things. One is pure ego, which is not necessarily a bad thing. One is to provide for a current or hoped for future wife and children. And the third is to enjoy a more luxurious life. Ego is a relatively small portion of the drive for success. The majority, especially in a Chinese culture, is the family. And love of luxury is only a motivator as long as luxury is a possibility and cannot be taken away arbitrarily by the State.

And as was noted before (I am really trying to pull a number of things together in this series), the Communist regime is in transition, and it is not a good transition. Chinese President Xi Jinping [also General Secretary of the Chinese Communist Party and Chairman of the Central Military Commission (think a political version of the Joint Chiefs of Staff)] was just named President again by the Sixth Plenum of the Chinese Communist Party, and by the terms used basically can hold the post for life.

In China Xi is known for cracking down on the market reforms that came after Mao. In the last few months, he has restricted domestic real estate, technology, e-commerce, social media and financial tech wiping out a trillion dollars off both stock markets and commodity futures. His response to the losses has been to centralize power and economic control even more. With the collapse of trade with us due to COVID (remember, they are hit by losses like we are), energy crisis and ongoing food shortages that were being covered by imports all getting worse (ports are clogged, remember), things are going downhill in China.

Xi Jinping's most likely response to any disorder or to continued economic problems is almost sure to be the typical Leftist use of brute force to suppress any dissent. Do not forget, the lao gai is still operating AND that those who cross the regime are being murdered on a daily basis. And this is before things go south. Purges killing millions of people have taken place in China repeatedly since Mao won the Chinese Civil War. The “Campaign to Suppress Counterrevolutionaries” in 1949-50 killed a million and put a larger number in concentration camps. The “Great Leap Forward” in the early 1950s directly killed 2.5 million and the subsequent “Great Chinese Famine” killed 45 million. In the 1959 “Tibetan Massacre,” 92,000 were killed. In the “Great Cultural Revolution” in the mid-1960s, 1.5 million were killed and more imprisoned. In 1989's “Tiananmen Massacre,” more than 3,000 died in the Square itself, thousands more died fleeing through the streets of the hutongs surrounding the Square, and tens of thousands more in executions across China. It has been more than 30 years since the last mass murder of opponents by the Chinese Communist Party. They are overdue and Xi Jinping is the type of dictator who would make up for lost time.

As we bring this Part to a close, the key thing to remember is that China (whose trade we are dependent upon) is economically as crippled as we are and probably worse. And that due to the deliberate actions of the Chinese government and Communist Party for two generations China is now not in a position to recover easily. Further, that the current government of China is almost certain to make things worse in a very bloody way, as is the reflex response of ALL Leftist governments around the world.

As sad as this is for China, and it is, the key thing is the effect it will have on us here. Which will be in the next part.